In Medical Mimicry, Parts 1 and 2, we began to explore how medical conditions affect mental health and the importance of assessing them as sources of symptoms. Today we look at the weird things that are often clues to symptoms due to another medical condition:

Is the presentation of symptoms very unusual?

If anything about presenting symptoms is simply puzzling, it’s indicative of a possible medical basis. Evaluators should be vigilant about the following four elements:

The case of Bess (composite identity) illustrates the importance of paying attention to the clues above:

Bess, a 35-year-old working single mother, sought therapy because she noticed a new mood swing in her. She had never needed mental health care before. Although she had some stress in her life, it wasn’t like the irritability she usually felt when under pressure. Suddenly, for the past month, she found herself oscillating daily between feeling a lethargic sadness that gave way randomly to a feeling of vertigo and impatience. She was never totally depressed or out of control, but complained of feeling like a fast undulating roller coaster.

At first glance, Dr. H, an experienced practitioner specializing in mood disorders, thought Bess might have bipolar spectrum disorder. Although the onset is usually much earlier, it is not uncommon for the conditions to appear in the thirties. Dr H was concerned, however, about how quickly they appeared and how quickly the symptoms fluctuated. It was not normal to have bipolar presentations, even cyclothymia, where symptoms change chronically every few days.

At the end of their first session, Dr. H explained his observation to Bess and asked if he could speak to his primary care physician to explain his concern. During a medical examination, doctors discovered that Bess had a pituitary gland tumor, influencing her mood. 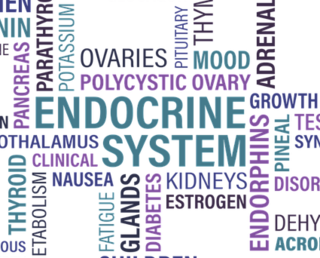 Bess’ diagnosis would be Bipolar disorder due to pituitary tumor, with features of cyclothymia. We know that hormones have a significant effect on mood disorders. In fact, according to mood disorder expert Joseph Shannon, Ph.D. (2016), before menopause, rates of depression are 2:1 between women and men. The post-menopausal population has an equal ratio. For Bess, the tumor was influencing a strange pattern of hormone release and the solution was surgery, not psychiatric drugs and therapy.

Perhaps some of the most interesting cases of medical conditions disguised as psychological problems are pediatric autoimmune neuropsychiatric disorders associated with streptococci (PANDAS) and anti-NMDA encephalitis due to teratoma. 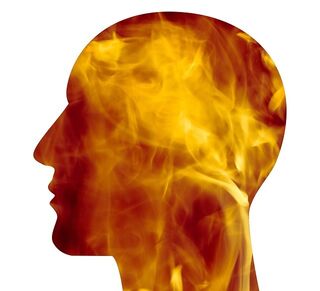 While it’s rare that you encounter a hallucinating patient with an STD requiring pyrotherapy, it’s not that far-fetched that a patient might have a more general medical condition causing or exacerbating psychological disturbance. Indeed, I have more than once recommended a medical evaluation, as in the panic-diabetic presentation mentioned in part 1.

Learning which medical conditions might mimic the diagnosis you are considering is another step towards strengthening your diagnostic ability. You may not be a medical professional, but asking if the patient has any medical conditions is not just superficial information gathering. This can lead to their psychological relief and possibly even save a life.